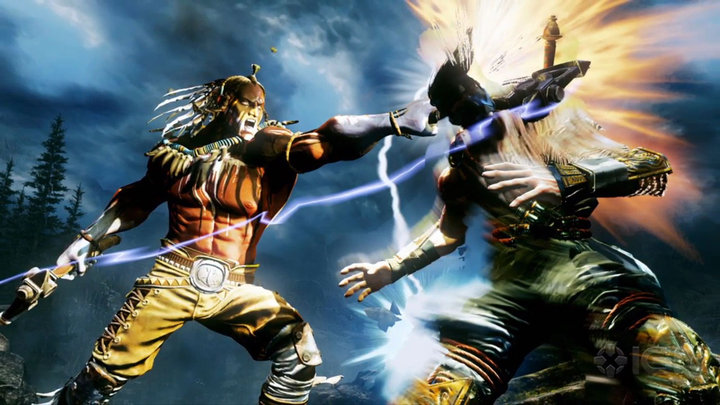 Native American warrior Chief Thunder will return in the re-imagined Killer Instinct for Xbox One, which is not much of a surprise, after the blatant tease of the character’s inclusion in a recent gameplay video. In a new video posted to IGN, developer Double Helix breaks down how the chief has changed over the past 20 years.

Chief Thunder will still carry his trademark dual tomahawks, but he’s been transformed into a more aggressive grappler-style fighter in the new Killer Instinct.David Verfaillie, design director at Double Helix, calls Thunder a "superhuman, fantastical character" who should be considered a threat to rushdown fighters.

Thunder’s signature special move, the Sammamish, will return and offer the fighter "complete project invulnerability." The rising attack has been complemented with a follow-up special, dubbed Sky Fall, which adds a stomp move. Chief Thunder’s Triple Axe special will also return, helping him close the distance between himself and his opponent. He also has a move called the Ankle Slicer, which targets low. The modernized Chief Thunder’s other moves are built around his grappling style, including his dash, which moves him further than other characters, provides invulnerability and can be canceled with a special move.

Chief Thunder joins Jago, Sabrewulf and Glacius in the list of confirmed characters coming to the Xbox One launch game.