Spinal returns in Killer Instinct for Xbox One 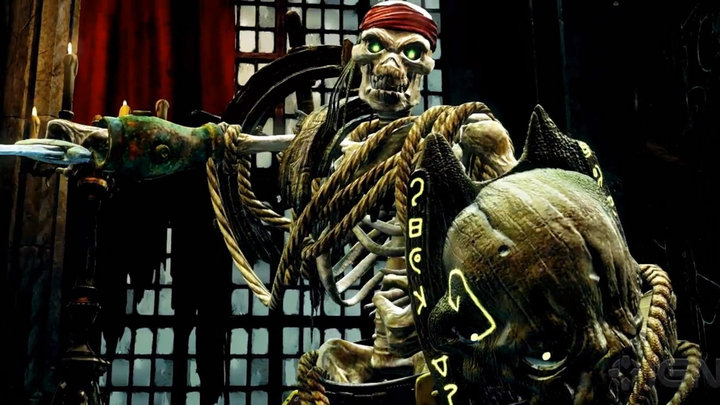 The undead skeletal warrior Spinal is the latest fighter confirmed to return in the new Killer Instinct for Xbox One. In a new trailer focusing on Orchid’s fighting style, Spinal makes a brief cameo at the end, teasing his inclusion in the fighting game’s initial roster.

Spinal appears to retain his trademark cutlass and shield, though he’s more heavily adorned in pirate-themed attire than before; he’ll wear boots, shredded clothing, a much larger wooden shield and thick ropes. There’s also a tease of Spinal’s fighting stage, where it appears he was originally revived from the dead. The original Killer Instinct explained that Spinal, a millennia-old warrior, was reanimated by the Ultratech corporation.

Killer Instinct’s confirmed roster now consists of returning fighters Thunder, Jago, Saberwulf, Glacius, Orchid and Spinal, as well as the all-new character Sadira. At least one more character is expected to be revealed before the game’s launch on Nov. 22.