So, are you still dog fighting int he Virtual Skies of Bandai Namco’s latest Ace Combat game? Well, if you are, or want a reason to get back to doing so, then this is for you.

The future of modern aerial combat has already started moving towards autonomous or unmanned aircraft. Today, ACE COMBAT 7: Skies Unknown is taking modern air combat another step into the future with the content contained within its upcoming DLC 1, 2, and 3 updates.

Featuring an array of futuristic unmanned and manned aircraft, the upcoming DLC updates for ACE COMBAT 7: Skies Unknown promise to take aerial combat to new heights and present new challenges that are sure to please ACE COMBAT aces. New aircraft coming in the DLC packages will include: ADF-11F (unmanned), ADF-01 FALKEN (unmanned), and the ADFX-01 Morgan (manned). New aircraft skins are also on the way with the: F22A Mobius skin, Su-30M2 Sol skin, and X-02S Strike Wyvern skin. Lastly, an arsenal of new special weapons will also be deployed with these upcoming DLC updates.

Squadron emblems have also been a cornerstone in ACE COMBAT lore, and today, we’re revealing a new set of squadron emblems which are poised to add distinction and pride to players’ teams. The new squadron emblems include: Phoenix, Mobius, Garuda, Wardog, Galm, and more!

So there you have it flight fans, new aircraft are coming, as well as some new lore. 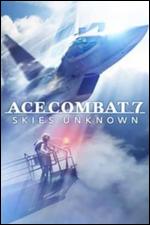