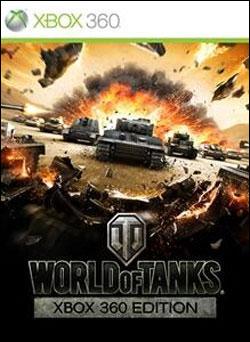 (Xbox Addict Disclaimer: The following World of Tanks Review is based on release code of the game as well as an additional code for 25,000 in-game Gold currency, in order to provide a complete experience of the game from the perspective of both and non-paying customers. 25,000 Gold in World of Tanks is the equivalent of $100 US). Sadly, last month, the looming shadow of hype and fervor cast by the then soon-to-be-released Titanfall and its limited beta on Xbox One obscured two very important Free-to-Play (F2P) milestones on Xbox 360."

World of Tanks Xbox 360 free for all this weekend, even Free members
That’s right, for this weekend only, Wargaming.net’s free-to-play tank shooter is truly free-to-play, as you won’t even need an Xbox Live Gold membership to get in on the action. Remember though, you still need to be Gold Member to buy in-game Gold.
World of Tanks Xbox 360 now out of beta, full F2P edition out now!
Amid all the noise created by the Titanfall and Warface betas this week, Wargaming.net has also launched the full version of World of Tanks for Xbox 360, so if infantry and mech warfare aren’t your bag, the more strategic combat of tanks might be.
World of Tanks for Xbox 360 rolls closer to final release
Yep, thatâ€™s right, itâ€™s STILL in beta, but if you havenâ€™t been able to get access to it yet, you should be very shortly.
Xbox 360 World of Tanks extends a final beta invitation this weekend
Looks like that Call of Duty: Ghosts Double XP weekend is gonna have a little competition. This weekend’s also the last chance to get into the World of Tanks beta on 360 before the game rolls towards final spec. Also: Double XP and a special prize!
World of Tanks dev: Xbox Live is "totally unacceptable" for F2P
The World of Tanks closed beta, albeit far from complete, is already going strong on the Xbox 360, but that doesn’t mean that everything is perfect in paradise. According to Wargaming CEO Victor Kislyi, there’s still much work for Microsoft to do.
World of Tanks Beta rolls out massive fixes for the weekend
If you’re already in the World of Tanks closed beta, then you can look forward to a bucket-load of improvements during this weekend’s play sessions. Wargaming.net is still accepting submissions for beta codes, so sign up! We’ve got the link inside.
World of Tanks beta sign ups are still open
World of Tanks comes to Xbox 360 with the custom built version of the global online multiplayer phenomenon dedicated to tank warfare in the mid-20th century. Go sign up for the beta!
E3 2013: World of Tanks coming to Xbox 360
Chicagoâ€™s Wargaming West is bringing Free- To-Play to the Xbox 360.