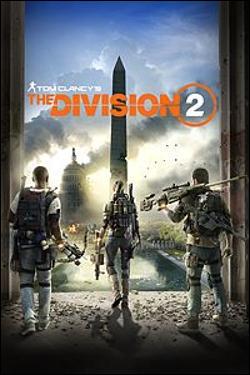 Years ago, Ubisoft unveiled a game that set new standards of sandbox gameplay. From exemplary combat and in-depth character customization, The Division released to critical acclaim throughout the gaming world, and now Ubisoft has released the next installment aptly titled Tom Clancy's The Division 2. Poised to set new standards and provide more of everything to the gaming community, The Division 2 just got a massive number of steroids shot into it, so let's dive right in as we see just what is going on in the streets of Washington D."

read more
The First 8-Player Raid in The Division Franchise’s History Out May 16
Get ready Division fans, as the first ever raid in the history of the game franchise is hitting VERY soon.
PSA - The DIvision 2's First Post Launch Update is Already Available
If you didn’t know already, which you probably should, the new "Tidal Basin" update for The Division Two has been live for a few days.
The Division 2 Full Year of Free Post-Launch Content Announced
Ubisoft unwraps the details on what fans of the Division franchise will get post launch.
The Division 2 Private Beta Features First Glimpse of Endgame Content
For those lucky enough to get into the ’private’ beta, you’ll be able to see a bit of what will come during the endgame.
Detials of The Division 2 Unleashed
Those who are looking forward to the next Division title now have some information to digest.